xawAR16: A multi-RGBD camera dataset for camera relocalization evaluation in the operating room

We provide a large multi-RGBD camera dataset, which was generated inside an Operating Room (IHU Strasbourg, France) containing a robotized X-ray imaging device, an operating table and other medical equipment in the background. Such a dataset has been designed to evaluate the tracking/relocalization of a hand-held camera, which is moved freely at both sides of the operating table under different scene configurations. All necessary calibration matrices and sample scripts to show how to make use of the data are provided. Three RGBD cameras (Asus Xtion Pro Live) were used to record this dataset. Two of them are rigidly mounted to the ceiling in a configuration allowing them to capture views from each side of the operating table. A third one is fixed to a display, which is held by a user while he moves around the room. A reflective passive marker is attached to the moving camera and its ground-truth pose is obtained with a real-time optical 3D measurement system (infiniTrack system from Atracsys). The setup is shown in the figure below: 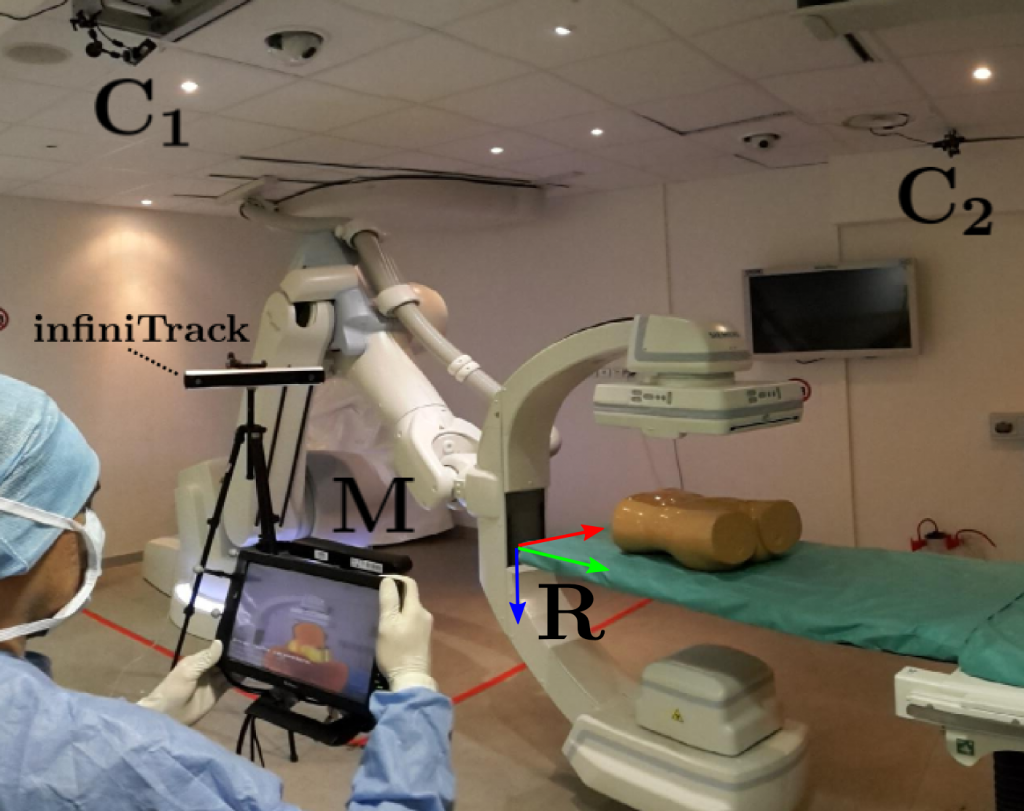 The dataset is composed of 16 sequences of time-synchronized color and depth images in full sensor resolution (640×480) recorded at 25 fps, along with the ground-truth poses of the moving camera measured by the tracking device at 30 Hz. Each sequence shows different scene configurations and camera motion, including occlusions, motion in the scene and abrupt viewpoint changes.

By downloading and using this dataset, you agree on these terms and conditions.

This dataset has been released. To receive an email with a link to download the dataset, please kindly  fill the form found here.

For any questions and/or comments on this dataset or the paper please send an email to: nloyrodas@unistra.fr.

Information about the transformation matrices: 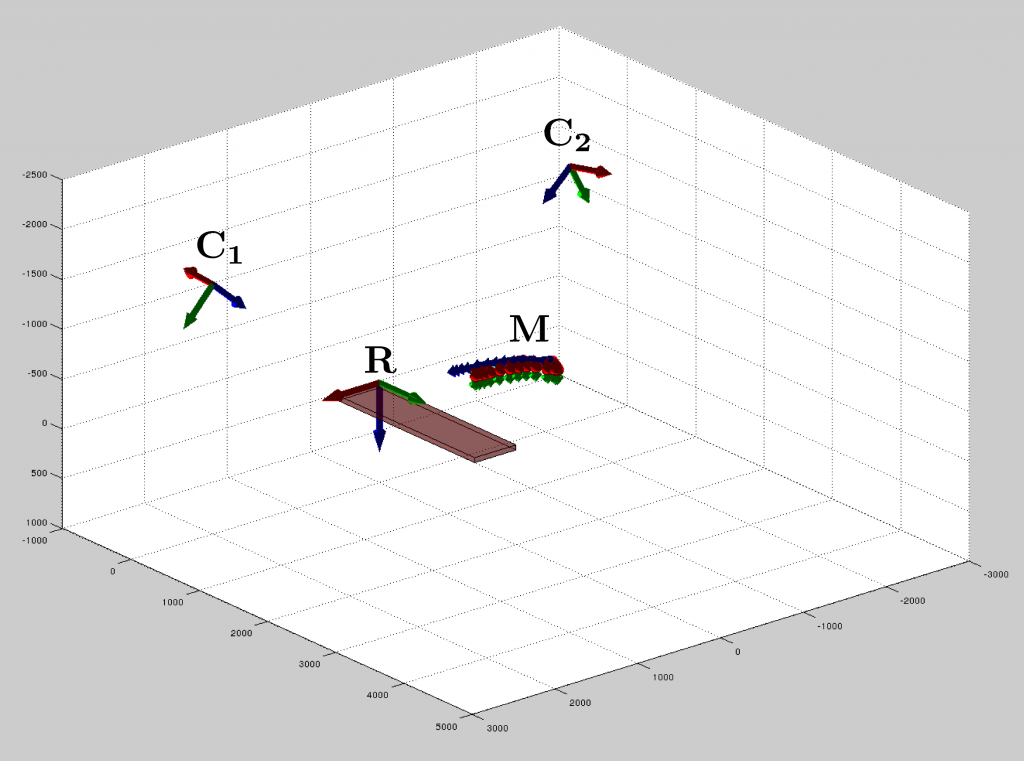